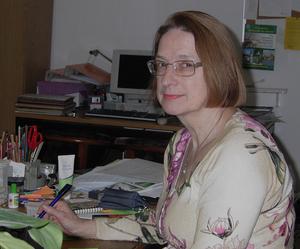 Spomenka Štimec (born 4 January 1949) is a Croatian writer who is an acclaimed contemporary writers in Esperanto, and also significant to Esperanto in Croatia. She shared a FAME Award.
Read more or edit on Wikipedia