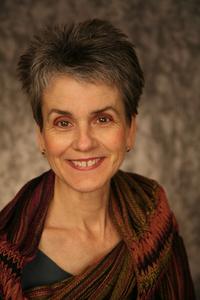 Frances Moore Lappé (born February 10, 1944) is an American researcher and author in the area of food and democracy policy. She is the author of 19 books including the three-million-copy selling 1971 book Diet for a Small Planet, which the Smithsonian's National Museum of American History describes as "one of the most influential political tracts of the times." She has co-founded three organizations that explore the roots of hunger, poverty, and environmental crises, as well as solutions now emerging worldwide through what she calls Living Democracy. Her most recent books include Daring Democracy: Igniting Power, Meaning, and Connection for the America We Want, coauthored with Adam Eichen, and World Hunger: 10 Myths. with Joseph Collins. In 1987, she was awarded the Right Livelihood Award for "revealing the political and economic causes of world hunger and how citizens can help to remedy them."
Read more or edit on Wikipedia