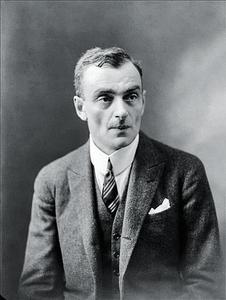 Oscar Vladislas de Lubicz Milosz (Lithuanian: Oskaras Milašius; Polish: Oskar Władysław Miłosz) (28 May 1877 – 2 March 1939) was a French language poet, playwright, novelist, essayist and representative of Lithuania at the League of Nations. His literary career began at the end of the nineteenth century during la Belle Époque and reached its high point in the mid-1920s with the books Ars Magna and Les Arcanes, in which he developed a highly personal and dense Christian cosmogony comparable to that of Dante in The Divine Comedy and John Milton in Paradise Lost. A solitary and unique twentieth-century metaphysician, his poems are visionary and often tormented. He was a distant cousin of Polish writer Czesław Miłosz, winner of the Nobel Prize for literature in 1980.
Read more or edit on Wikipedia 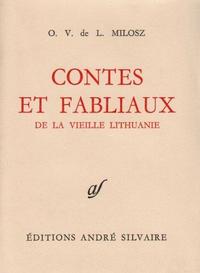