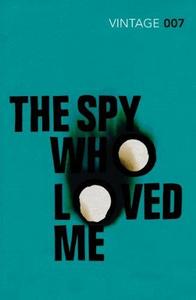 The Spy Who Loved Me

The Spy Who Loved Me is the ninth novel in Ian Fleming's James Bond series, first published by Jonathan Cape on 16 April 1962. It is the shortest and most sexually explicit of Fleming's novels, as well as a clear departure from previous Bond novels in that the story is told in the first person by a young Canadian woman, Vivienne Michel. Bond himself does not appear until two-thirds of the way through the book. Fleming wrote a prologue to the novel giving Michel credit as a co-author. Due to the reactions by critics and fans, Fleming was not happy with the book and attempted to suppress elements of it where he could: he blocked a paperback edition in the United Kingdom and only gave permission for the title to be used when he sold the film rights to Harry Saltzman and Albert R. Broccoli, rather than any aspects of the plots. However, the character of Jaws is loosely based on one of the characters in the book and a British paperback edition was published after his death. A heavily adapted version of The Spy Who Loved Me appeared in the Daily Express newspaper in daily comic strip format in 1967–1968. In 1977 the title was used for the tenth film in the Eon Productions series. It was the third to star Roger Moore as Bond and used no plot elements from the novel.
Read more or edit on Wikipedia