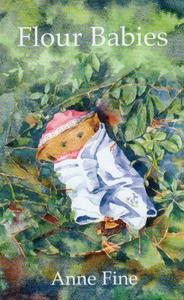 Flour Babies is a day school novel for young adults, written by Anne Fine and published by Hamilton in 1992. It features a group "science experiment" in a classroom full of underachieving students: "When his class of underachievers is assigned to spend three torturous weeks taking care of their own "babies" in the form of bags of flour, Simon makes amazing discoveries about himself while coming to terms with his long-absent father. Many year 6 students will do this project to teach them about responsibilities. "Fine won the annual Carnegie Medal from the Library Association, recognising the year's best children's book by a British subject. She is one of seven writers with two such honors (no one has won three), having won the 1986 Medal for Goggle-Eyes. The earlier book uses a day school frame to recount a story of family life. Little, Brown published the first U.S. edition in 1994. The teachers were renamed and the students were moved from "class 4C" to "Room 8" for the American audience. Some libraries report the title Flour babies and the boys of Room 8.
Read more or edit on Wikipedia