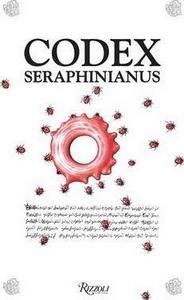 Codex Seraphinianus, originally published in 1981, is an illustrated encyclopedia of an imaginary world, created by Italian artist, architect and industrial designer Luigi Serafini between 1976 to 1978. It is approximately 360 pages (depending on edition) and written in an imaginary language.Originally published in Italy, it has been released in several countries.
Read more or edit on Wikipedia