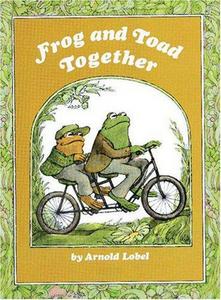 Frog and Toad Together

Frog and Toad Together is an American fantasy adventure children's picture book, written and illustrated by Arnold Lobel and published by Harper & Row in 1972. It is the second book in the Frog and Toad series, whose four books completed by Lobel comprise five easy-to-read short stories each. It was a Newbery Honor Book, or runner-up for the American Library Association Newbery Medal, which recognizes the year's "most distinguished contribution to American literature for children".Frog and Toad Together was adapted as a film.
Read more or edit on Wikipedia