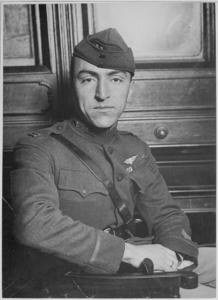 Edward Vernon Rickenbacker (October 8, 1890 – July 23, 1973) was an American fighter ace in World War I and a Medal of Honor recipient. With 26 aerial victories, he was the United States' most successful fighter ace in the war and is considered to have received the most awards for valor by an American during the war. He was also a race car driver and automotive designer, a government consultant in military matters and a pioneer in air transportation, particularly as the long-time head of Eastern Air Lines.
Read more or edit on Wikipedia