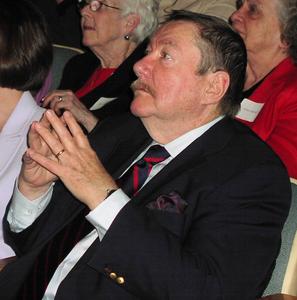 Robert Brown Parker (September 17, 1932 – January 18, 2010) was an American writer, primarily of fiction within the mystery/detective genre. His most famous works were the 40 novels written about the fictional private detective Spenser. ABC television network developed the television series Spenser: For Hire based on the character in the mid-1980s; a series of TV movies was also produced based on the character. His works incorporate encyclopedic knowledge of the Boston metropolitan area. The Spenser novels have been cited by critics and bestselling authors as influencing their own work and reviving and changing the detective genre, including Robert Crais, Harlan Coben, and Dennis Lehane.Parker also wrote nine novels featuring the fictional character Jesse Stone, a Los Angeles police officer who moves to a small New England town; six novels with the fictional character Sunny Randall, a female private investigator; and four Westerns starring the duo Virgil Cole and Everett Hitch. The first was Appaloosa, made into a film starring Ed Harris and Viggo Mortensen.
Read more or edit on Wikipedia