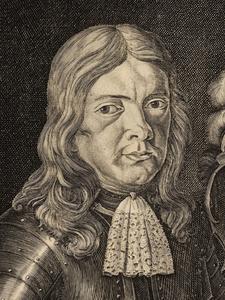 Johann Weikhard Freiherr von Valvasor or Johann Weichard Freiherr von Valvasor (Slovene: Janez Vajkard Valvasor, pronounced [ˈʋáːlʋazɔɾ]) or simply Valvasor (baptised on 28 May 1641 – September or October 1693) was a natural historian and polymath from Carniola, present-day Slovenia, and a fellow of the Royal Society in London. He is known as a pioneer of study of karst studies. Together with his other writings, until the late 19th century his best-known work—the 1689 Glory of the Duchy of Carniola, published in 15 books in four volumes—was the main source for older Slovenian history, making him one of the precursors of modern Slovenian historiography.
Read more or edit on Wikipedia 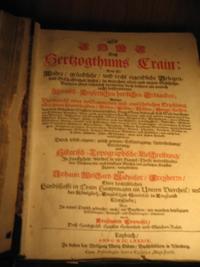 The Glory of the Duchy of Carniola