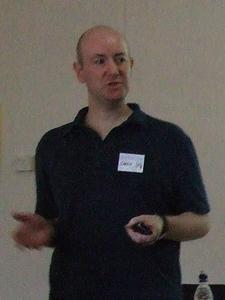 Garen Ewing (born 1969, England) is an illustrator, designer and most notably a comic creator, being the writer and illustrator of The Adventures of Julius Chancer - The Rainbow Orchid. As an aside, Ewing is a part-time researcher and writer on the Second Anglo-Afghan War (1878–80) and was interviewed by Sue Cook on BBC Radio 4's 'Making History' programme in this capacity in October 2004.
Read more or edit on Wikipedia