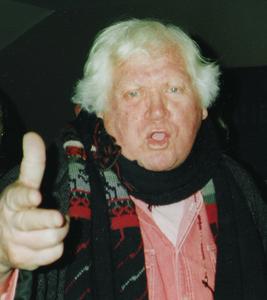 Henry Kenneth Alfred Russell (3 July 1927 – 27 November 2011) was a British film director, known for his pioneering work in television and film and for his flamboyant and controversial style. His films in the main were liberal adaptations of existing texts, or biographies, notably of composers of the Romantic era. Russell began directing for the BBC, where he made creative adaptations of composers' lives which were unusual for the time. He also directed many feature films independently and for studios. He is best known for his Oscar-winning film Women in Love (1969), The Devils (1971), The Who's Tommy (1975), and the science fiction film Altered States (1980). Russell also directed several films based on the lives of classical music composers, such as Elgar, Delius, Tchaikovsky, Mahler, and Liszt.Film critic Mark Kermode, speaking in 2006, and attempting to sum up the director's achievement, called Russell "somebody who proved that British cinema didn't have to be about kitchen-sink realism—it could be every bit as flamboyant as Fellini. Later in his life he turned to making low-budget experimental films such as The Lion's Mouth and Revenge of the Elephant Man, and they are as edgy and 'out there' as ever".
Read more or edit on Wikipedia