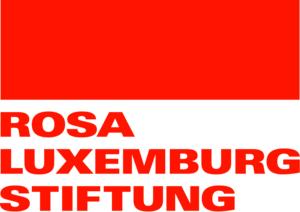 The Rosa Luxemburg Foundation (German: Rosa-Luxemburg-Stiftung) named in recognition of Rosa Luxemburg, occasionally referred to as Rosa-Lux, is a transnational alternative policy group and educational institution, centered in Germany and affiliated to the democratic socialist Left Party. The foundation, which was established in Berlin in 1990 (originally as the "Social Analysis and Political Education Association").
Read more or edit on Wikipedia