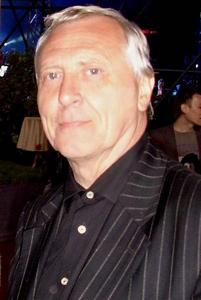 Peter Greenaway, (born 5 April 1942) is a Welsh film director, screenwriter and artist. His films are noted for the distinct influence of Renaissance and Baroque painting, and Flemish painting in particular. Common traits in his films are the scenic composition and illumination and the contrasts of costume and nudity, nature and architecture, furniture and people, sexual pleasure and painful death.
Read more or edit on Wikipedia