Albrecht Dürer (; German: [ˈʔalbʁɛçt ˈdyːʁɐ]; 21 May 1471 – 6 April 1528), sometimes spelt in English as Durer or Duerer, without umlaut, was a German painter, printmaker, and theorist of the German Renaissance. Born in Nuremberg, Dürer established his reputation and influence across Europe when he was still in his twenties due to his high-quality woodcut prints. He was in communication with the major Italian artists of his time, including Raphael, Giovanni Bellini and Leonardo da Vinci, and from 1512 he was patronized by Emperor Maximilian I. Dürer is commemorated by both the Lutheran and Episcopal Churches. Dürer's vast body of work includes engravings, his preferred technique in his later prints, altarpieces, portraits and self-portraits, watercolours and books. The woodcuts, such as the Apocalypse series (1498), are more Gothic than the rest of his work. His well-known engravings include the Knight, Death and the Devil (1513), Saint Jerome in his Study (1514) and Melencolia I (1514), which has been the subject of extensive analysis and interpretation. His watercolours also mark him as one of the first European landscape artists, while his ambitious woodcuts revolutionized the potential of that medium. Dürer's introduction of classical motifs into Northern art, through his knowledge of Italian artists and German humanists, has secured his reputation as one of the most important figures of the Northern Renaissance. This is reinforced by his theoretical treatises, which involve principles of mathematics, perspective, and ideal proportions. Albrecht Dürer has been credited with inventing the basic principle of ray tracing, a technique used in modern computer graphics.
Read more or edit on Wikipedia 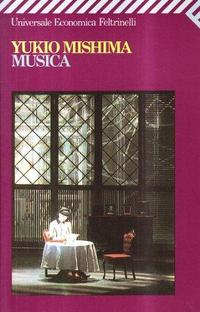