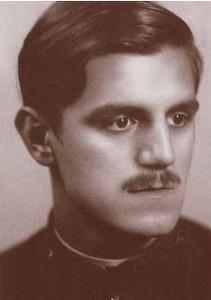 Géza Ottlik (9 May 1912 – 9 October 1990) was a Hungarian writer, translator, mathematician, and bridge theorist. According to an American obituary bridge column, he was known in Hungary as "the ultimate authority on Hungarian prose".
Read more or edit on Wikipedia