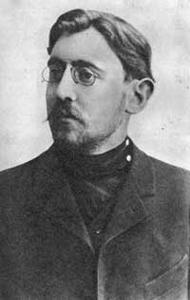 Yakov Isidorovich Perelman (Russian: Яков Исидорович Перельман; 4 December [O.S. 22 November] 1882 – 16 March 1942) was a Russian and Soviet science writer and author of many popular science books, including Physics Can Be Fun and Mathematics Can Be Fun (both translated from Russian into English).
Read more or edit on Wikipedia