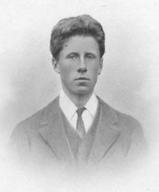 Hugh John Lofting (14 January 1886 – 26 September 1947) was an English American writer trained as a civil engineer, who created the classic children's literature character Doctor Dolittle. The fictional physician to talking animals, based in an English village, first appeared in illustrated letters to his children which Lofting sent from British Army trenches in the First World War. Lofting settled in the United States soon after the war and before his first book was published. Source: Wikipedia (en)