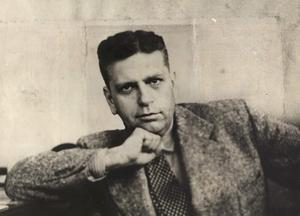 José Oswald de Souza Andrade (January 11, 1890 – October 22, 1954) was a Brazilian poet novelist and cultural critic. He was born and spent most of his life in São Paulo. Andrade was one of the founders of Brazilian modernism and a member of the Group of Five, along with Mário de Andrade, Anita Malfatti, Tarsila do Amaral and Menotti del Picchia. He participated in the Week of Modern Art (Semana de Arte Moderna).
Read more or edit on Wikipedia