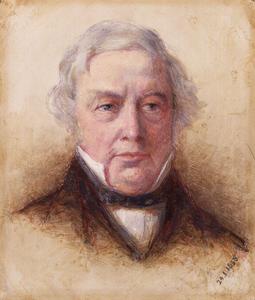 English novelist, poet, and official of the East India Company

Thomas Love Peacock (18 October 1785 – 23 January 1866) was an English novelist, poet, and official of the East India Company. He was a close friend of Percy Bysshe Shelley and they influenced each other's work. Peacock wrote satirical novels, each with the same basic setting: characters at a table discussing and criticising the philosophical opinions of the day.
Read more or edit on Wikipedia