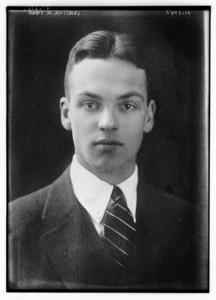 Robert Maynard Hutchins (January 17, 1899 – May 14, 1977) was an American educational philosopher. He was president (1929–1945) and chancellor (1945–1951) of the University of Chicago, and earlier dean of Yale Law School (1927–1929). His first wife was the novelist Maude Hutchins. Although his father and grandfather were both Presbyterian ministers, Hutchins became one of the most influential members of the school of secular perennialism. A graduate of Yale College and the law school of Yale University, Hutchins joined the law faculty and soon was named dean. While dean, he gained notice for Yale's development of the philosophy of Legal Realism. Hutchins was thirty years old when he became Chicago's president in 1929, and implemented wide-ranging and sometimes controversial reforms of the university, including the elimination of varsity football. He supported interdisciplinary programs, including during World War II, establishing the Metallurgical Laboratory. His most far-reaching academic reforms involved the undergraduate College of the University of Chicago, which was retooled into a novel pedagogical system built on Great Books, Socratic dialogue, comprehensive examinations and early entrance to college. Although parts of the Hutchins Plan were abandoned by the University shortly after Hutchins left in 1951, an adapted version of the program survived at Shimer College. Hutchins left Chicago for the Ford Foundation, where he channeled resources into studying education. In 1954 he became president of a Ford Foundation spinoff devoted to civil liberties, the Fund for the Republic. In 1959, he founded the Center for the Study of Democratic Institutions, a think tank in Santa Barbara, California.
Read more or edit on Wikipedia 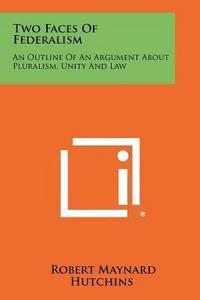