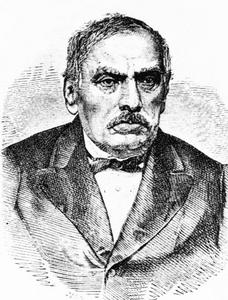 Samuel Orgelbrand (1810 – 16 November 1868) was one of the most prominent Polish-Jewish printers, booksellers, and publishers of the 19th century. He is best known as the initiator, organizer, and publisher of the Encyklopedia Powszechna (Universal Encyclopedia), or "Orgelbrand's Encyclopedia", the first modern Polish encyclopedia.
Read more or edit on Wikipedia