Herbert Raymond McMaster (born July 24, 1962) is a retired United States Army lieutenant general. In 2017, he became the 26th National Security Advisor, serving under President Donald Trump. He is also known for his roles in the Gulf War, Operation Enduring Freedom, and Operation Iraqi Freedom. Born in Philadelphia, McMaster graduated from the United States Military Academy in 1984, and later earned a Ph.D. in American history from the University of North Carolina at Chapel Hill. His Ph.D. thesis was critical of American strategy and military leadership during the Vietnam War and served as the basis for his book Dereliction of Duty, which is widely read in the United States military. During the Gulf War, McMaster served as a captain in the 2nd Cavalry Regiment, taking part in the Battle of 73 Easting. After the Gulf War, McMaster served as a military history professor at the United States Military Academy from 1994 to 1996, became a research fellow at the Hoover Institution, a member of the Council on Foreign Relations and a Consulting Senior Fellow at the International Institute for Strategic Studies (IISS). He held a series of staff positions in the United States Central Command. In 2004, he took command of the 3rd Cavalry Regiment and fought the Iraqi insurgency in Tal Afar. He became a top counterinsurgency advisor to General David Petraeus before serving as the Director of the Army Capabilities Integration Center. He also served as the Deputy to the Commander for Planning of the International Security Assistance Force in Afghanistan and, in 2012, became Deputy Commanding General of the Army Training and Doctrine Command. In February 2017, McMaster succeeded Michael Flynn as National Security Advisor. He remained on active duty as a lieutenant general while serving as National Security Advisor, and retired in May 2018. McMaster resigned as National Security Advisor on March 22, 2018, effective April 9, and accepted an academic appointment to Stanford University in 2018.
Read more or edit on Wikipedia 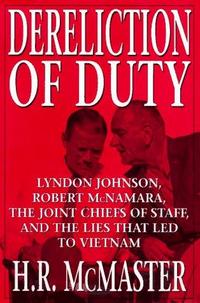