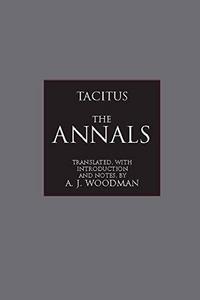 The Annals (Latin: Annales) by Roman historian and senator Tacitus is a history of the Roman Empire from the reign of Tiberius to that of Nero, the years AD 14–68. The Annals are an important source for modern understanding of the history of the Roman Empire during the 1st century AD; it is Tacitus' final work, and modern historians generally consider it his greatest writing. Historian Ronald Mellor calls it "Tacitus's crowning achievement,” which represents the "pinnacle of Roman historical writing".Tacitus' Histories and Annals together amounted to 30 books; although some scholars disagree about which work to assign some books to, traditionally 14 are assigned to Histories and 16 to Annals. Of the 30 books referred to by Jerome about half have survived.Modern scholars believe that as a Roman senator, Tacitus had access to Acta Senatus—the Roman senate's records—which provided a solid basis for his work. Although Tacitus refers to part of his work as "my annals", the title of the work Annals used today was not assigned by Tacitus himself, but derives from its year-by-year structure. The name of the current manuscript seems to be "Books of History from the Death of the Divine Augustus" (Ab Excessu divi Augusti Historiarum Libri).
Read more or edit on Wikipedia