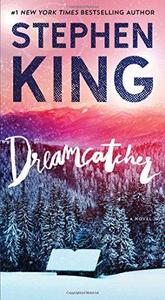 Dreamcatcher is a 2001 science fiction horror novel by American writer Stephen King, featuring elements of body horror, suspense and alien invasion. The book, written in cursive, helped the author recuperate from a 1999 car accident, and was completed in half a year. According to the author in his afterword, the working title was Cancer. His wife, Tabitha King, persuaded him to change the title. A film adaptation was released in 2003. In 2014, King told Rolling Stone that "I don't like Dreamcatcher very much," and stated that the book was written under the influence of Oxycontin, which he was on to control the pain from his accident.
Read more or edit on Wikipedia