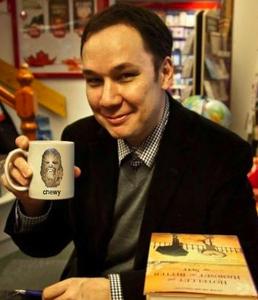 Jamie Ford (born July 9, 1968) is an American author. He is best known for his debut novel, Hotel on the Corner of Bitter and Sweet. The book spent 130 weeks on the New York Times Bestseller List, and was also awarded best "Adult Fiction" book at the 2010 Asian/Pacific American Awards for Literature. The book was also named the #1 Book Club Pick for Fall 2009/Winter 2010 by the American Booksellers Association. In 2013, Ford released his second book, Songs of Willow Frost. His stories have also been included in Secret Identities: The Asian American Superhero Anthology and The Apocalypse Triptych, a series of three anthologies of apocalyptic and post-apocalyptic fiction where Ford wrote Asian-themed steampunk. The collections were edited by John Joseph Adams and Hugh Howey.
Read more or edit on Wikipedia

Hotel on the Corner of Bitter and Sweet