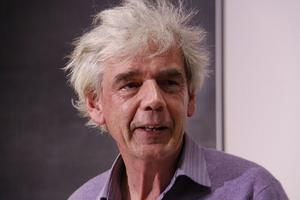 John Holloway (born 1947) is a lawyer, Marxist-oriented sociologist and philosopher, whose work is closely associated with the Zapatista movement in Mexico, his home since 1991. It has also been taken up by some intellectuals associated with the piqueteros in Argentina; the Abahlali baseMjondolo movement in South Africa and the Anti-Globalization Movement in Europe and North America. He is currently a professor at the Institute for Humanities and Social Sciences at the Autonomous University of Puebla.
Read more or edit on Wikipedia