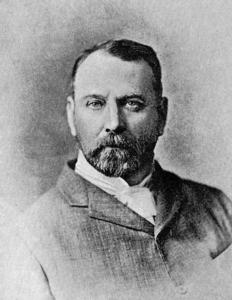 Sydney Grundy (23 March 1848 – 4 July 1914) was an English dramatist. Most of his works were adaptations of European plays, and many became successful enough to tour throughout the English-speaking world. He is, however, perhaps best remembered today as the librettist of several comic operas, notably Haddon Hall.
Read more or edit on Wikipedia