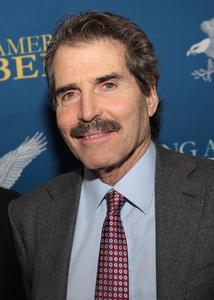 John Frank Stossel (born March 6, 1947) is an American libertarian television presenter, author, consumer journalist, and pundit, known for his career on ABC News and Fox Business Network. Stossel's style combines reporting and commentary. It reflects a libertarian political philosophy and views on economics which are largely supportive of the free market. He began his journalism career as a researcher for KGW-TV, was a consumer reporter at WCBS-TV in New York City, and then joined ABC News as a consumer editor and reporter on Good Morning America. Stossel became an ABC News correspondent, joining the weekly news magazine program 20/20, and later became a co-anchor. In October 2009, Stossel left ABC News to join the Fox Business Channel. He hosted a weekly news show on Fox Business, Stossel, from December 2009 to December 2016. Stossel has received 19 Emmy Awards and five awards from the National Press Club. Stossel has written three books: Give Me a Break in 2004, Myths, Lies, and Downright Stupidity in 2007, and No They Can't! Why Government Fails but Individuals Succeed in 2012. Stossel has disputed the scientific consensus on climate change and the health risks of second-hand smoke.
Read more or edit on Wikipedia