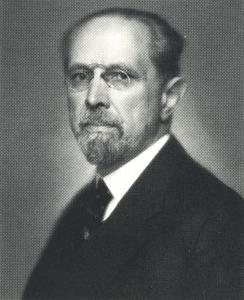 Werner Sombart (; German: [ˈzɔmbaɐ̯t]; 19 January 1863 – 18 May 1941) was a German economist and sociologist, the head of the "Youngest Historical School" and one of the leading Continental European social scientists during the first quarter of the 20th century. The term late capitalism is accredited to him. The concept of creative destruction associated with capitalism is also of his coinage. His magnum opus was Der moderne Kapitalismus. It was published in 3 volumes from 1902 through 1927. In Kapitalismus he described four stages in the development of capitalism from its earliest iteration as it evolved out of feudalism, which he called proto-capitalism to early, high and, finally, late capitalism —Spätkapitalismus— in the post World War I period.
Read more or edit on Wikipedia