Samuel Guy Endore (July 4, 1901 – February 12, 1970), born Samuel Goldstein and also known as Harry Relis, was an American novelist and screenwriter. During his career he produced a wide array of novels, screenplays, and pamphlets, both published and unpublished. A cult favorite of fans of horror, he is best known for his novel The Werewolf of Paris (1933), which occupies a significant position in werewolf literature, much in the same way that Dracula (1897) does for vampire literature. Endore is also known for his left-wing novel of the Haitian Revolution, Babouk: The Story of A Slave. He was nominated for a screenwriting Oscar for The Story of G.I. Joe (1945), and his novel Methinks the Lady . . . (1946) was the basis for Ben Hecht's screenplay for Whirlpool (1949).
Read more or edit on Wikipedia

The Werewolf of Paris 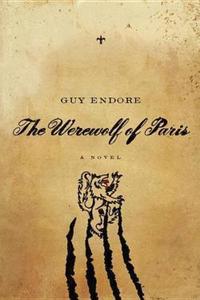