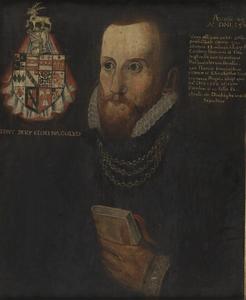 Humphrey Llwyd (also spelled Lhuyd) (1527–1568) was a Welsh cartographer, author, antiquary and Member of Parliament. He was a leading member of the Renaissance period in Wales along with other such men as Thomas Salisbury and William Morgan. His library, together with those of his patron, the Earl of Arundel and his brother-in-law, Lord Lumley, formed the basis of the Royal Collection of books; currently housed at the British Library. His motto was Hwy pery klod na golyd ("Fame lasts longer than wealth").
Read more or edit on Wikipedia 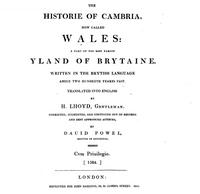