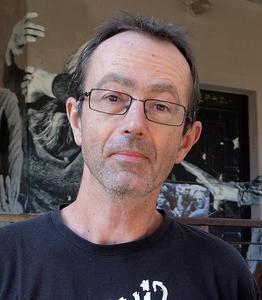 Petr Zelenka (born 21 August 1967 in Prague, Czechoslovakia) is a Czech playwright and director of theatre and film. His films have been recognized at international festivals in Moscow and Rotterdam. In 2008, his film Karamazovi was the Czech Republic's official Oscar submission for Best Foreign Language Film.
Read more or edit on Wikipedia