Thomas Luckmann (; October 14, 1927 – May 10, 2016) was an American-Austrian sociologist of German and Slovene origin who taught mainly in Germany. Born in Jesenice, Kingdom of Yugoslavia, Luckmann studied philosophy and linguistics at the University of Vienna and the University of Innsbruck. He married Benita Petkevic in 1950. His contributions were central to studies in sociology of communication, sociology of knowledge, sociology of religion, and the philosophy of science. His best-known titles are the 1966 book, The Social Construction of Reality: A Treatise in the Sociology of Knowledge (co-authored with Peter L. Berger), The Invisible Religion (1967), and The Structures of the Life-World (1973) (co-authored with Alfred Schütz).
Read more or edit on Wikipedia 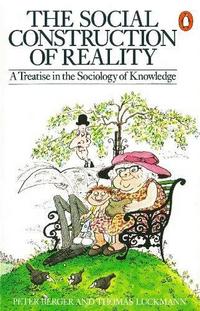 The Social Construction of Reality

1966 book by Berger and Luckmann