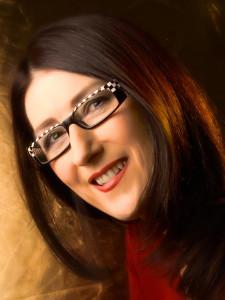 Irene Gammel is a Canadian literary historian, biographer, and curator. She has published numerous books including Baroness Elsa, a groundbreaking cultural biography of New York Dada artist and poet Baroness Elsa von Freytag-Loringhoven, and Looking for Anne of Green Gables, revealing the hidden life of Canadian author L.M. Montgomery during the writing of her classic novel Anne of Green Gables. Together with Suzanne Zelazo, Gammel published Crystal Flowers: Poems and a Libretto by Florine Stettheimer, and Body Sweats: The Uncensored Writings of Elsa von Freytag-Loringhoven, the first major English collection of the Baroness's poems. Both books were selected for the New York Times’ notable art books for 2011. Gammel teaches at Ryerson University in Toronto. She holds the Canada Research Chair in Modern Literature and Culture and is the Director of the Modern Literature and Culture Research Centre. Gammel holds a PhD (1992) and MA (1987) in English from McMaster University, and a Staatsexamen's degree from the Universität des Saarlandes in Germany. She taught at the University of Prince Edward Island and held Visiting Professorships at the Friedrich-Schiller-Universität Jena and Erfurt Universität in Germany. She also served as the President of the Canadian Comparative Literature Association. In 2009, she was elected a member of the Royal Society of Canada.
Read more or edit on Wikipedia