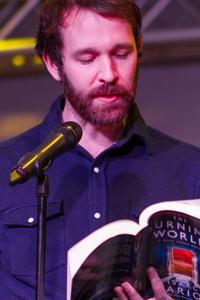 Isaac Marion (born December 30, 1981) is an American writer. He is best known as the best-selling author of the "zombie romance" novel Warm Bodies and its series.
Read more or edit on Wikipedia