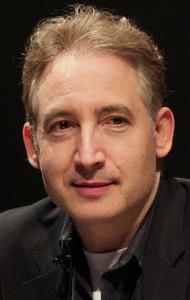 Brian Randolph Greene (born February 9, 1963) is an American theoretical physicist, mathematician, and string theorist. Greene was a physics professor at Cornell University from 1990–1995, and has been a professor at Columbia University since 1996 and chairman of the World Science Festival since co-founding it in 2008. Greene has worked on mirror symmetry, relating two different Calabi–Yau manifolds (concretely, relating the conifold to one of its orbifolds). He also described the flop transition, a mild form of topology change, showing that topology in string theory can change at the conifold point. Greene has become known to a wider audience through his books for the general public, The Elegant Universe, Icarus at the Edge of Time, The Fabric of the Cosmos, The Hidden Reality, and related PBS television specials. He also appeared on The Big Bang Theory episode "The Herb Garden Germination", as well as the films Frequency and The Last Mimzy. He is currently a member of the Board of Sponsors of the Bulletin of the Atomic Scientists. Greene was also the narrator for the U.S. version of the preschool television series, Maisy. In February 2020 his interview by podcaster Joe Rogan was viewed or heard by millions.
Read more or edit on Wikipedia