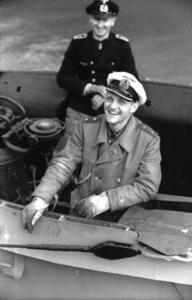 Erich Topp (2 July 1914 – 26 December 2005) was the third most successful of German U-Boat commanders of World War II. He was a recipient of the Knight's Cross of the Iron Cross with Oak Leaves and Swords of Nazi Germany. He sank 35 ships for a total of 197,460 gross register tons (GRT). After the war he served with the Federal German Navy, reaching the rank of Konteradmiral (rear admiral). He later served in NATO.
Read more or edit on Wikipedia 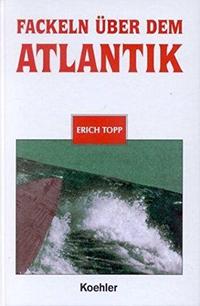