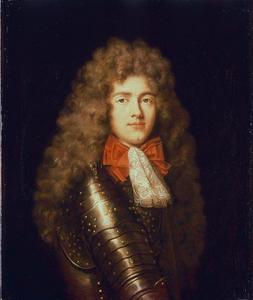 James FitzJames Butler, 2nd Duke of Ormonde, (1665–1745) was an Irish statesman and soldier. He was the third of the Kilcash branch of the family to inherit the earldom of Ormond. Like his grandfather, the 1st Duke, he was raised as a Protestant, unlike his extended family who held to Roman Catholicism. He served in the campaign to put down the Monmouth Rebellion, in the Williamite War in Ireland, in the Nine Years' War and in the War of the Spanish Succession but was accused of treason and went into exile after the Jacobite rising of 1715.
Read more or edit on Wikipedia