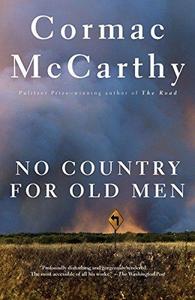 No Country for Old Men

No Country for Old Men is a 2005 novel by American author Cormac McCarthy, who had originally written the story as a screenplay. The story occurs in the vicinity of the Mexico–United States border in 1980 and concerns an illegal drug deal gone awry in the Texas desert back country. Owing to the novel's origins as a screenplay, the novel has a simple writing style different from other Cormac McCarthy novels. The book was adapted into the 2007 film No Country for Old Men, which won four Academy Awards, including Best Picture.
Read more or edit on Wikipedia