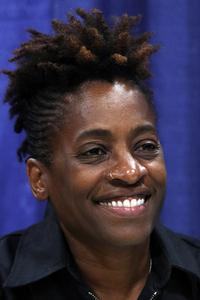 Jacqueline Woodson (born February 12, 1963) is an American writer of books for children and adolescents. She is best known for Miracle's Boys, and her Newbery Honor-winning titles Brown Girl Dreaming, After Tupac and D Foster, Feathers, and Show Way. After serving as the Young People's Poet Laureate from 2015 to 2017, she was named the National Ambassador for Young People's Literature, by the Library of Congress, for 2018–19. She was named a MacArthur Fellow in 2020.
Read more or edit on Wikipedia