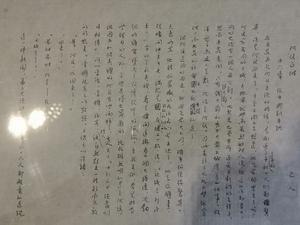 The True Story of Ah Q

The True Story of Ah Q is an episodic novella written by Lu Xun, first published as a serial between December 4, 1921 and February 12, 1922. It was later placed in his first short story collection Call to Arms (吶喊, Nàhǎn) in 1923 and is the longest story in the collection. The piece is generally held to be a masterpiece of modern Chinese literature, since it is considered the first piece of work to fully utilize Vernacular Chinese after the 1919 May 4th Movement in China.It was first published in the Beijing Morning News supplement as a serial. Originally Lu Xun wrote the story under the name "Ba Ren" (巴人, "crude fellow"), and so few people knew who wrote the novella. The first installment was published on December 4, 1921, and additional installments appeared weekly and/or fortnightly. The final installment was published on February 12, 1922. The story had nine chapters.
Read more or edit on Wikipedia