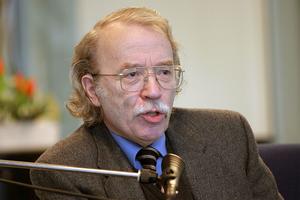 Walter Kempowski (April 29, 1929 – October 5, 2007) was a German writer. Kempowski was known for his series of novels called German Chronicle ("Deutsche Chronik") and the monumental Echolot ("Sonar"), a collage of autobiographical reports, letters and other documents by contemporary witnesses of the Second World War.
Read more or edit on Wikipedia