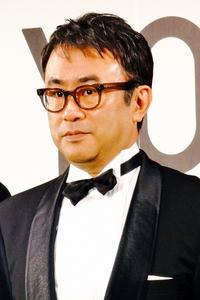 Kōki Mitani (三谷 幸喜, Mitani Kōki, born July 8, 1961) is a Japanese playwright, screenwriter, actor and film director and was previously married to Japanese actress Satomi Kobayashi. He was named after Taihō Kōki, the youngest sumo wrestler to become yokozuna. He studied dramatics at Nihon University. In an attempt to add his own character to his movies, as a director he takes most of his scenes with a one-scene=one-shot system, moving the camera around as opposed to cutting. He claims this comes from his experience in theatre, where there are no cuts. Mitani does not use a computer.
Read more or edit on Wikipedia

The Show Must Go On