Samuel Shellabarger (18 May 1888–21 March 1954) was an American educator and author of both scholarly works and best-selling historical novels. Born 18 May 1888 in Washington, D.C., Shellabarger was orphaned in infancy and was resultantly raised in the household of his paternal grandfather also named Samuel Shellabarger, a noted lawyer who had served in Congress during the American Civil War and as Minister to Portugal. The younger Samuel Shellabarger's travels with his grandfather would prove invaluable in the provision of background material for the former's historical novels. Shellabarger attended private schools and in 1909 graduated from Princeton University, where he would later teach. After studying for a year at Munich University in Germany, he resumed his studies at Harvard University and Yale University. Despite taking a year off to serve in World War I, he received his doctorate in 1917. In 1915 he married Vivan Georgia Lovegrove Borg whom he had met the year before during a vacation in Sweden. They had four children, but the two boys died: one as an infant and the other serving in World War II. Shellabarger himself died of a heart attack at his Princeton, New Jersey home on 21 March 1954. Having already published some scholarly works and not wanting to undermine their credibility by publishing fiction, Shellabarger used pen names for his first mysteries and romances: "John Esteven" and then "Peter Loring." He continued to write scholarly works and to teach, but his historical novels proved so popular that he soon started using his own name on them. Some of them were best-sellers and were made into movies.
Read more or edit on Wikipedia 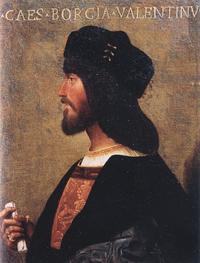