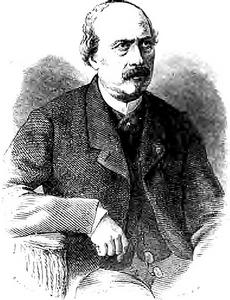 François Ponsard (1 June 1814 – 7 July 1867) was a French dramatist, poet and author and was a member of the Académie française.
Read more or edit on Wikipedia