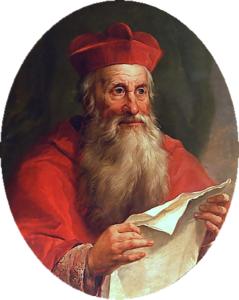 Stanislaus Hosius (Polish: Stanisław Hozjusz; 5 May 1504 – 5 August 1579) was a Polish Roman Catholic cardinal. From 1551 he was the Prince-Bishop of the Bishopric of Warmia in Royal Prussia and from 1558 he served as the papal legate to the Holy Roman Emperor's Imperial Court in Vienna, Austria. From 1566 he was also the papal legate to Poland. He is designated a Servant of God.
Read more or edit on Wikipedia