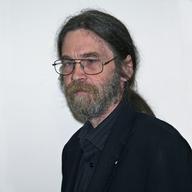 Wolfgang Hohlbein (born 15 August 1953 in Weimar, Bezirk Erfurt) is a German writer of science fiction, fantasy and horror fiction who lives near Neuss, North Rhine-Westphalia. His wife, Heike Hohlbein, is also a writer and often works with her husband. With more than 200 published books and more than 43 million sold copies he is considered among the most successful German writers in the fantasy genre. Source: Wikipedia (en)