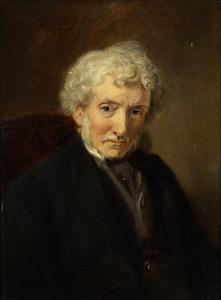 John Chessell Buckler (8 December 1793 – 10 January 1894) was a British architect, the eldest son of the architect John Buckler. J. C. Buckler initially worked with his father before taking over his practice. His work included restorations of country houses and at the University of Oxford.
Read more or edit on Wikipedia