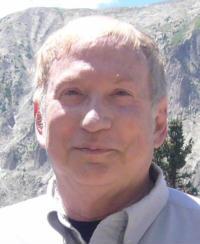 John E. Stith (born 1947 in Boulder, Colorado) is an American science fiction and mystery author, known for the scientific rigor he brings to adventure and mystery stories.Redshift Rendezvous, a Nebula Award nominee, is a murder mystery set aboard a space ship traveling through hyperspace, where the speed of light is ten meters per second, so relativistic effects occur at running speed. The solution respects the laws of physics. Manhattan Transfer, a novel about an alien abduction of the entire borough of Manhattan, was a Seiun Award nominee in Japan.Stith's Nick Naught is a detective with a sense of humor in a dystopian future. He first appeared in Analog Magazine and his exploits (Naught for Hire and Naught Again) have been reprinted in the collection, All For Naught. Stith's other short fiction has appeared in Amazing Stories, Nature, and Dragon. His work has been translated into French, German, Italian, Japanese, Portuguese, and Russian. His novels have been bestsellers on Locus and Amazon. He has lived in Colorado Springs since the 1970s.
Read more or edit on Wikipedia